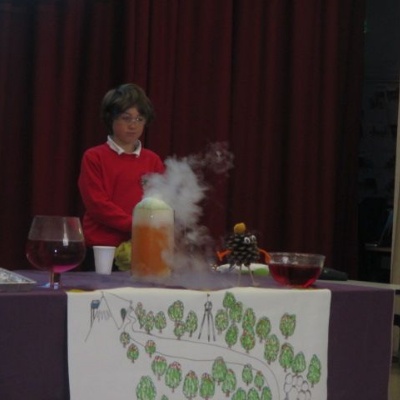 Bruce led an amazing assembly all about carbon dioxide. He showed us some carbon dioxide which was so cold it had become a solid. He then invited some budding scientists to join him in  investigating to see what happens when solid carbon dioxide is warmed up and also to find out how carbon dioxide in the atmosphere is making the sea more acidic.